Skip to main content
Home > Past Projects > A Sense of Place

A Sense of Place 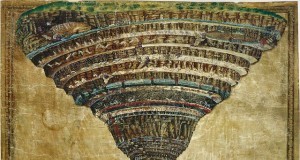 Digital cartography and 3D modeling are two cornerstones of the digital humanities. In the more “historical” disciplines, such as archaeology, these technologies give us the ability to not just reconstruct historical events, but to ask new questions, for example, about labor or sensorial experience, that were previously challenging to frame, much less answer. Yet, the value of these technologies for less historical sources, such as imaginary or literary narratives, has been more challenging to define. A number of scholars have begun approaching this question, but we are all still exploring a largely uncharted space. It is easy to imagine how one might map an entirely imaginary world, as in the case of Dante’s Inferno, or the works of Tolkien; and it is equally easy to imagine how one would map a largely historical narrative, such as a military campaign or the steps of a tour. That is because both stick to the established conventions of modern cartography: in the latter case, one cites only actual places on the universally agreed-upon base map, that is, a physical model in two or three dimensions of some portion of our planet. In the former case, one is free to make one’s own base map. When dealing with imaginary places set in our Earth, the “how” becomes quite complex, and the “why” even more so. One of the primary focus of UCLA’s Center for Digital Humanities, is on supporting and enhancing undergraduate instruction in the Humanities, and getting undergraduates to engage with literature is a perennial problem for college instructors. With that in mind, we created a small pilot team to explore whether this interpretive approach might promote engagement on students’ parts, or at least encourage a more critical reading, by attempting ourselves to interpret texts using this methodology.