Skip to main content
Home > Past Projects > Paris: Past and Present

Paris: Past and Present 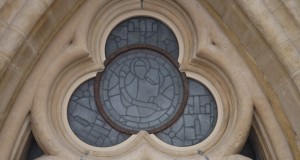 Professor Meredith Cohen (Art History) wanted to build a 3D model of medieval Paris to help teach her undergraduates about the now-demolished city’s architectural history. HumTech staff have provided grant-writing support and training in 3D modeling to her and a team of student modelers, allowing them to build sample models and solve the challenges of modeling medieval architectural forms with modern software. The act of modeling has been so successful at teaching these student researchers about medieval art that Meredith now wants to incorporate the modeling itself into her undergraduate classes. HumTech staff are now providing pedagogical, technological, and administrative support as she scales her workflow from a team of five to a team of forty. This project has been funded in part by the Kress Foundation, the UCLA Urban Humanities Initiative, and the UCLA Common Collaboration and Learning Environment (CCLE). Website link: http://paris.cdh.ucla.edu/